The dream of a Protestant Italy. Baptist, Methodist and Waldensian Webinar

An important step towards the 5th assembly-synod, the joint assembly of the three churches, scheduled for 2022

On Saturday, November 21, from 10 to 13, the webinar entitled: «The dream of a Protestant Italy. History and actuality of a common journey. The reciprocal recognition among the Baptist, Methodist and Waldensian churches one hundred years after the First conference of the Italian evangelical churches».

The online seminar is the first stage of a path that will lead the Baptist, Methodist and Waldensian churches towards the Fifth Joint Assembly of the General Assembly of the Baptist Evangelical Christian Union of Italy (Ucebi) and the Synod of Waldensian and Methodist churches, known as the "Assembly-Synod", which will take place in 2022. The route includes a second stage in the spring of 2021 – hopefully in presence - in which three thematic areas will be discussed: theological formation, interculture, and territorial collaboration.
The webinar will open with the institutional greetings of: Alessandra Trotta, moderator of the Waldensian table; Mirella Manocchio, president of the Work for Evangelical Churches Methodists in Italy (Opcemi); Giovanni Arcidiacono, president of the Christian Union Baptist Evangelical of Italy (Ucebi); Luca M. Negro, president of the Federation of the evangelical churches in Italy (Fcei); Annapaola Carbonatto, secretary of the Evangelical Youth Federation in Italy (Fgei).

We will get to the heart with Emilio Florio, professor of history and philosophy, that will do a historical retrospective of relations among the Baptist, Methodist and Waldensian churches one hundred years after the first Italian evangelical congress. Then it will be the turn of Gianna Urizio, Claudio Paravati and John Bremner who will offer a look at the future challenges and the potential of the common journey.

Next Saturday's meeting will be the occasion for the Baptist Methodist and Waldensians churches to take time to reflect on this multi-year collaboration and to understand how to continue the journey of common witness and fidelity to the Gospel in a society and in a time characterized by particularisms and divisions. 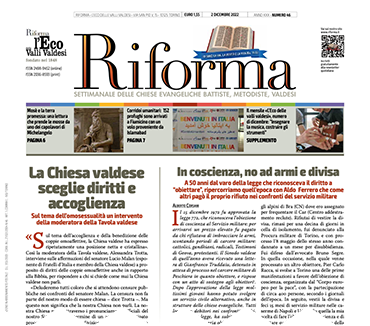 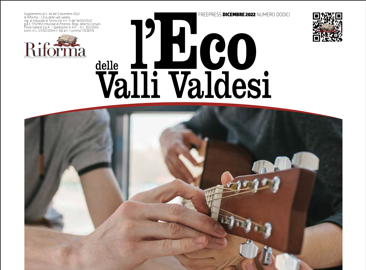